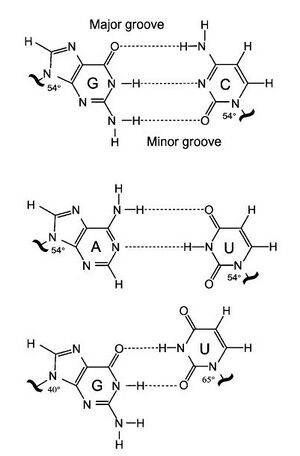 In RNA, hydrogen bonds occur in all forms of base pairing, in canonical Watson-Crick ones, as depicted in the picture on the right, in GU wobble ones, in noncanonical ones, and they also happen in many other motifs and tertiary interactions, like base triples, quadruplexes, A-Minor motifs and ribose zippers.